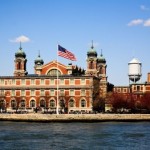 On Friday, the Massachusetts Supreme Judicial Court ruled that legal immigrants had been unfairly stripped of health insurance benefits in 2007, and paved the way for advocacy groups to file suits demanding that the coverage which had been taken away be reinstated.

Of course the American people are angry about those who swim, tunnel or run across our borders illegally in their efforts to achieve…whatever they’re after. Most people would like you to believe that all illegals are criminals bound to cause problems, and there are a bunch of those problem cases. However, most illegal immigrants are just people who are scared and want something more. They think (rightly, for the most part) that they would be denied entry to the U.S. for whatever reason, and they’re desperate for a chance…so they take it, however they can.

They’re the ones who pick your fruit, build your houses, clean up your trash. Some of them manage to make themselves legal, while others come for a while, make some money and go back home again. Some cause trouble and end up deported or in jail. Others hide for years in the shadows, many having “anchor babies,” children born in the U.S. who are entitled to citizenship. And during this time, while they’re in the U.S., they often take advantage of the health services available.

Legal immigrants, however, did things the “right” way. They planned ahead, filled out the paperwork, paid the money, worked through the bureaucracy, endured the headaches, and got here with a big “approved” sign virtually stamped on their foreheads. Depending on the types of visas they hold, they can work and go to school, but they can’t vote. So although they’re a legal presence in the country, they have no real voice for their concerns. They contribute, but have no real input. They deal with resentment from others who maybe judge them before finding out they’re actually “legal.”

Immigrant health services are available in most states to some degree, although California and the Northeast have the biggest immigrant populations and, therefore, the biggest programs. Contrary to popular belief, illegal immigrants don’t take part in the health services which are offered nearly as often as is thought, because these people are afraid of being found out and deported. Those with native-born children will use child-specific services, and if something major happens they’ll go to the emergency room. Other than that, they stay away from authority figures and bastions of the establishment, which includes hospitals and their services.

The Massachusetts decision was specific to legal immigrant health services. Back in 2007 the State Senate took away several million dollars in benefits from this branch of services in order to balance the budget. Although the legal immigrants still had some basic access to health care, the level and quality of service went down sharply, while co-pays, deductibles and other prices shot up. Now, these people have some hope again, as their advocates prepare to file lawsuits on their behalf. State legislators are screaming bloody murder about rising budget costs again, but now they have to reckon with the Supreme Court’s ruling.

What is at the heart of the decision is this fact: it doesn’t have anything to do with money. Regardless of whether the budget is balanced or not, regardless of whether extending health insurance and services to non-citizens is good for the economy, legal immigrants have a right to not be discriminated against because of their national origin. It is especially important for them, because they aren’t able to gripe and moan and express their views at the voting booths.

Having been an immigrant living in a foreign country before, I was grateful for the services I was provided with when I needed them. So I understand where these people are coming from, and I agree completely with the court’s decision. Now it’s up to the people in charge to figure out how to make it all work.

Immigrant health care is a hot topic in politics. Currently there are many problems with immigrants getting access to health care as they are less likely to carry health insurance.  … Continued

Unless you are in a business or profession that is inherently dangerous to yourself and others, and you require specialized liability insurance, most of us pay for such coverage as … Continued