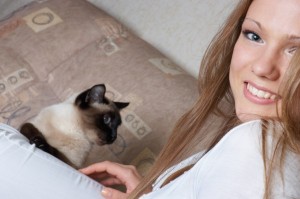 According to a report released by the Employee Benefit Research Institute, a non-partisan group, health-care reform being implemented under the 2010 Patient Protection and Affordable Care Act does seem to be leading to improved health insurance protection for young adults.

Under the terms of the legislation, dependent children must be carried on group health plans until they reach age 26. This benefit is not dependent on their status as students, nor is there a requirement that their parents be supporting them financially. Coverage cannot be limited based on marital status, but if they are married or have children, the benefits cannot be extended.

The results of the study showed that the percentage of young adults between 19 and 25 now carried as dependents on employment-based coverage held by their parents is up from 24.7 percent in 2009 to 27.7 percent in 2010. That translates to just under 1 million individuals for a total of 8.2 million covered.

Taken in tandem with data compiled by the Centers for Disease Control on private insurance, which is up from 51 percent to 55.8 percent, and the number of uninsured young people is down to just 28.8 percent.

Unfortunately, the flip side of this situation is that older adults have become even more medically vulnerable during the recession even with Medicare benefits. More older Americans are delaying or missing doctor’s appointments and discontinuing or stretching their medications. In the middle, almost 50 million Americans still have no health coverage whatsoever.

As the nation enters the 2012 presidential election season, there are undoubtedly wide gaps in health insurance coverage and effectiveness, a topic sure to be front and center in the political debate.

The numbers of the uninsured in the U.S. have continued to increase, most likely in relation to the economic climate’s wave of unemployment. The results of a survey put out … Continued

Aspects of the 2010 Patient Protection and Affordable Care Act are already changing the way insurance is written and sold in every state. For instance, it is no longer legal … Continued

As state insurance regulations are being aligned with the mandates of the 2010 Patient Protection and Affordable Care Act, significant protections have already been extended to children, who can now … Continued

A Gallup poll has documented a startling fact, that one out of every four adult Americans on average are recipients of government health care assistance in some form, whether it … Continued

Implementation of the 2010 Patient Protection and Affordable Care Act is affecting state regulations as the laws come into compliance with new federal requirements. This is especially true of the … Continued