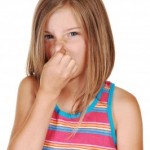 What is my take on health insurance policies in America? Well, that’s a big can of worms to pop open there. Since I don’t have all day and night to discuss the subject, the most succinct way to put it is this: they stink.

But, things could be worse, friends.

I remember that it didn’t always used to be that way, the stinking thing. When I was younger, I didn’t ever have any real issues with my insurance company…but then again, I didn’t need to deal with them very much. I was young and healthy and never went to the doctor. The only time I was ever in need of more interaction with my insurance company (other than the regretful glance I’d spare at the place on my pay stub that listed the deduction for my monthly premium) was when I was pregnant and then the inevitable aftermath. I got lucky and had no complications with my first two children.

I heard the horror stories, of course, and I had to deal with them on an impersonal basis at work, billing for Medicare and Medicaid in a nursing home facility, dealing with employee insurance plans as an HR coordinator. I just didn’t experience the horror myself. I could shake my head in wonder at the stories I heard, and I guess I never truly internalized that there was a serious problem with the system, because it didn’t affect me so closely. Even when I had to accept state assistance for the latter half of my first pregnancy, as I’d been laid off, it wasn’t so bad.

It wasn’t until I left the U.S. and lived abroad, in a country which has socialized, universal health care, that I realized that something was different. There, in a small, tropical nation, health care is something that everyone has access to; it’s a basic right, one which everyone just takes for granted as normal. Of course, they pay for it, with their time, and their acceptance of mediocre care. The people must wait months for appointments for specialists and surgery. Medicines run out routinely. Quality of care is at least a decade behind the U.S., and people accept it as inevitable.

Then I had a baby there, and I experienced firsthand what this generalized, sub-par level of care brought: pain. Lots of it. I had major complications, and I almost died on the operating table—and no one really cared. My premature twin boys received Neolithic care, and no one thought anything of it. When my husband tried to sue, they laughed him out of the lawyer’s office. Perhaps things are different elsewhere, in Europe, for example, where they have more resources and better administration, but I’m doubtful that’s possible everywhere. I’ve heard that the economies of many countries with socialized systems are almost bankrupted by those systems, and that their GDP is affected negatively .

U.S. health insurance is far, far, far from perfect. I have done a lot of research and thinking about this subject, and I am honestly torn with my basic yearning for the safety net of universal care…but I also know that when I needed a specialist while living in a country with that kind of universal care, I sought one outside of the network, a private practitioner, who’d been educated where? In the U.S. The biggest problems American insurance companies need to deal with is not that they are having to bow to government supervision and enforcement of regulations, it’s that they need to clean house. They’re woefully inefficient, bogged down in a morass of bureaucracy, and struggling to make money by denying others their money.

Perhaps the only way to make that happen is health care reform? Make them do it? Or will it make things worse?

Until we see some actual long-term results from this whole thing, my opinion about American health insurance is that it deserves an “A” for intent, but that it gets an “F” in effort and delivery of that intention.