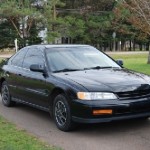 Developed into two versions for both the European and American car markets, the 1994 Honda Accord grew to mid-size while outgrowing the pockets of Japanese consumers.  According to the NCIB, Honda was the most popular victim of car theft last year (2010) for the fourth time: out of 52,000 Honda models stolen in 2010, 44,000 of them (84.6%) were models from the 1990s. Older models are more valued for their parts than their make. With Hondas, racers use the car parts to enhance the capabilities of other vehicles. 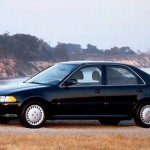 With a gas mileage of 48/55 miles per gallon, the 1995 Honda Civic became the most fuel-efficient car of its time. Ranked second in most commonly stolen cars of 2011, the four-door small sedan became a hot steal due to its interchangeable engine with the 1994 Acura Integra. When professional criminals have little need of the Civic’s engine, they trade in the seats, airbags, converters, sound system, and other vehicular components on the black market. 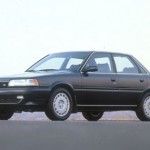 Known as the “bread-and-butter vehicle” of Toyota for two decades now, the car name is an Anglicized form of the Japanese kammuri, meaning “crown.” The Camry was introduced to America back in 1991, when George H.W. Bush was president. In 2007 the vehicle won “Motor Trend Car of the Year.” Toyotas and Hondas also have interchangeable car parts, making both types of cars popular among car criminals. 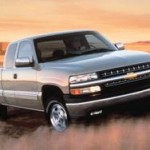 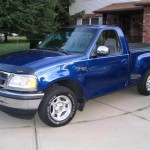 The most popular truck of the Ford F-Series, the Ford F-150 was the best-selling Ford vehicle in the United States for 24 years and has been a popular vehicle internationally for 34 years. The F-150 was introduced to America in 1975 as the “heavy-half” ton, and underwent its first major transformation in 1997. According to NCIB data from 2009, pickup trucks are a big hit with car criminals in rural areas. Subsequently, Ford pickup trucks were stolen in the rural states of North and South Dakota, Alaska, West Virginia, Arkansas, North Carolina, and Louisiana.

Below are the most commonly stolen trucks and SUVs for 2011. 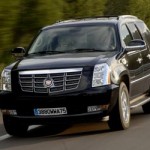 According to the US Highway Loss Data Institute (HLDI), the Cadillac Escalade (starting price of $63,000) is the most commonly stolen SUV for 2011. Ironically, a security flaw within the vehicle itself allows criminals greater opportunity to smash windows and steer the car off to a personal site. In addition to the lack of steering wheel interlocks and sturdier windows, the Institute reports that 14 out of every 1,000 Escalades are stolen within 14 seconds of criminal activity. Based on insurance claims for the years 2008-2010, Escalades are six times more likely to be stolen than any other vehicle and on average require a $10,555 theft repair. 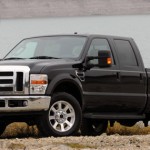 Awarded Truckin’s “Topline Pulling Power,” Popular Mechanic’s “Best Workhorse of 2011,” and “Best Gear of the Year” among trucks, the Ford F-250 has also been awarded second place among stolen trucks and SUVs. HLDI’s Senior Vice President Kim Hazelbaker says that “Sedate family cars and fuel sippers aren’t on the hot list. Thieves are after chromes, horsepower, and HEMIs.” Approximately one out of every 100 Fords is stolen on average, and when they are, the price tag lies somewhere in the range of $9,500. 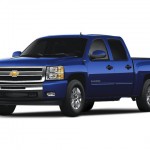 As with the Ford F-250/350, and Dodge Ram 2500, the Chevrolet Silverado 1500 Crew is attractive because of its carrying capacity and the tools it carries – which makes it a prime target for thievery. Matt Moore, a vice president at HLDI, claims that truck theft occurs mostly during the day when trucks are parked at work sites. Eighty percent of Silverados are subject to car theft, and unfortunate owners are left with a $4,948 car insurance payout. 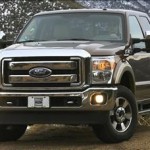 Part of the award-winning Ford F-Super Duty series, the Ford F-450, like the Ford F-250, is a hot commodity amongst stolen trucks. Exceeding the Ford F-250 in size, it also exceeds its cousin in financial loss: for every F-450 stolen, theft costs lie in the ballpark of $11,701. For every 1,000 Ford F-450s on the road, about eight are stolen each year. Recently, Ford has added locked storage areas to offset truck theft. 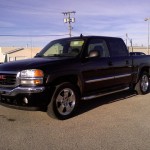 The National Insurance Crime Bureau reports that vehicles are stolen by criminals every 25.5 seconds and cost consumers a staggering $8.6 billion a year. Since theft costs play a role in car insurance premiums, it is imperative that consumers take steps to ensure the safety of their property and financial investment.

Criminals have their reasons for stealing cars: to sell them in other places of the country, to resell them for personal profit, to “joyride,” or to commit other crimes incognito. Criminal preparation, however, should be matched by car theft prevention. If criminals are made to work for their heists, chances are thievery will be more trouble than it is worth.

Insuring a vehicle for one person is expensive, but insuring a fleet of cars for the entire family can get downright ridiculous. It’s always good to find cheap car insurance … Continued