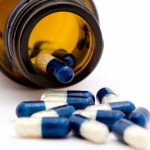 The worst conversation I ever had with a health insurance agent.

Oh, this is an easy one.

It was an emotional time in my life. I’d just recently had my second child, barely two years after the first one (thanks, birth control pill companies, for not making it really clear that antibiotics will muddle up your hormones! Not that I regret having had my son in the least—it’d just have been nice to know.). I had to go back to work only three weeks after he was born, because my job didn’t offer maternity leave, and that was the longest I could afford to stay out of work.

I’d been juggling child care for two little ones in an unwieldy arrangement: my daughter at day care, and my son with a friend, as a three-week-old is too young for any day care center. With my daughter I’d bounced right back emotionally, although like any new mom I’d been hopelessly confused and scared; with my boy, for some reason, I was dragging. I was sad and tired all the time. I cried and raged, something unnatural for me. I was sore all over, even though I had the easiest birth ever, it seemed, with my sweet son (four hours total Two pushes! Yeah!). I thought it was the stress from being separated from my child so soon after having given birth, from all the bills piling up, from the inevitable marital stress that results when all of the above happen.

I went in for a checkup for my son with the doctor when he turned a month old, and she looked at me critically, but kindly: even though I didn’t say anything about it, the dark circles under my eyes and the lethargy must have given my state of mind and body away. “Depressed much?” she asked me, while I got the baby dressed again.

“Huh?” That was my standard reply lately. I didn’t have enough energy or passion for much more. I just wanted to lie down. Forever.

Without another word, she whipped out that prescription pad and wrote me a scrip for Xanax and Zoloft, for the stress and depression. “Post-partum depression. Happens to almost all of us at some point or another. Take them and you’ll feel better in a bit.”

I filled the prescription and looked at those medicines doubtfully for three days before I finally broke down and did as the doctor ordered. Boy, did I regret it. I discovered that Xanax, even a quarter of one, will knock me out for days, and that Zoloft, and anti-depressant, did actually help lift the depression some, but it has some truly bizarre side-effects, such as in the bedroom department, without any further detail. Google it.

Although I knew from reading the leaflet and from information I found on the net that I should take the Zoloft for at least six weeks to let it really kick in, I couldn’t do it. I called my doctor and told her I didn’t like taking drugs like that, that I wanted to figure out how to kick my funk some other way. Like maybe with talk therapy or something, I like to talk, and sometimes it just helps. I talk to myself in the shower sometimes, when no one else looks at me like I’m crazy, and that’s when I get some of my biggest epiphanies.

The doctor chuckled. “I’ll bet you a dollar they won’t pay for it.” “They” being the insurance company. “But I’ll recommend it, if that’s what you want.”

So I looked up psychologists in my area which took my insurance plan. I checked my coverage: yes indeed, I had some mental health coverage. I wasn’t crazy, I just wanted someone to listen to me, to help me learn how to cope with the changes in my life and in my body, not a bunch of chemicals. I know they’re indispensible for some, but as a psychology minor I knew I wasn’t one of them. I called and set up an appointment.

The therapist was awesome. She helped me so much, to learn how to balance my emotional responses, to positively channel my thoughts and feelings, to manage my time better. To not have such huge expectations for myself and others. I got better. I felt better. For a few months I went twice weekly, then my therapist said she thought I was doing ok, and to come back and see her if I ever needed her again. I paid my co-pay with every visit, and everything seemed a little brighter.

Then I got the letter.

The insurance company, though the therapy had been advised by my PCP, had rejected my claim, and was charging me retroactively for my therapy visits. To the tune of about $3,000. The next day I got a collections letter from the psychologist’s office, for the same amount.

Of course I got right on the phone.

“Mrs. Brown, we feel that this kind of treatment wasn’t the proper course for your condition, and unless a mental health issue is severe and requires inpatient treatment, such as for eating disorders or suicidal behavior, we recommend a course of anti-depressants and other medications,” the girl on the other end of the line prattled vapidly. As if she had any real experience: she sounded about 16.

“But my PCP authorized it,” I stammered. I stutter when I’m really mad. “In the end it’s less expensive than taking Zoloft for a year.”

The little girl from the insurance company clucked disapprovingly. “We go with the best recommendations in these areas. You should have asked for pre-authorization from the company prior to starting treatment.”

I shook my head to clear the cobwebs. “So…let me get this straight. If I’d tried to kill myself, you’d cover the therapy. PLUS the meds, my guess is. What if that happened while I was waiting for your ‘pre-authorization,’ which, by the way, I assumed I’d gotten since my PCP said it was ok.”

The child shook her head; I could hear it through the phone. “No, ma’am. It’s not the same thing at all. But, yes, we do normally over therapy as well as medications for suicidal behavior.”

I tried to climb, laboriously, through this lack-of-logic labyrinth of non-thought. “So what about now? What if I was suicidal now? Would you pay for therapy?”

She paused. “Because then it would be considered a result of a pre-existing condition.” Cleared her throat. “But I can reinstate your authorization for Zoloft, if you like?” she said hopefully, like she was handing a lollipop to a screaming child.

I hung up. I paid the bill.

I got what I needed, but I paid for it. The insurance company was willing to pay for more expensive treatment…but not what worked for me. I began my real hate-affair with insurance that day, and time has only tempered it and defined it more narrowly.

Live and learn, I suppose.

Even today, there remains somewhat of a stigma regarding depression. According to the American Foundation for Suicide Prevention, there are over 19 million people in the United States who suffer … Continued

In a major paradigm shift in mental health care, American psychologists are formally asking for the ability to prescribe psychotropic drugs for the mentally ill patients under their care. Considering … Continued

Substance abuse is a growing problem in the United States, but it has still not been completely accepted as a medical condition. Paying for substance abuse treatment can be a … Continued