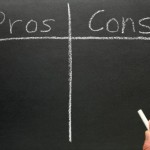 What exactly is “universal health care?” With the new health reforms taking place and being debated and protested all across the country, it’s hard for the ordinary person to make sense of the nuts and bolts of the issues sometimes. Many people just don’t understand exactly what that term actually means, and whether it’s a good or a bad thing. I mean, what’s wrong with everyone having health care coverage? It almost seems like a no-brainer, but there are valid reasons why many are opposed to the United States being transitioned into this kind of health care system.

Universal health care has been the reality for much of the rest of the developed world for years. When anyone who is pro-health care reform in the U.S. wants to bring up the best-case scenario for universal health care, they always point directly at Europe, where health care for everyone has been a given for decades. Sweden and the other Scandinavian countries, especially, have extremely high standards of health care, ranked highest by their citizens and by outside observers.

The concept is also applied outside of Europe, in countries like Australia, Canada, Asian nations like Japan and Korea, and many South and Central American countries. Universal health care is also supposedly the standard in the Communist countries of China and Cuba. These countries have all applied universal health care with various degrees of success and in different ways. What is the common denominator in all of these programs? Government involvement.

The systems which seem to have the most success in implementing health care for all have very heavy government involvement in the system, where health care costs are managed by a ministry and payments are disbursed from a mixture of government grants, taxes on individuals and companies. Every person is guaranteed the same access to and standard of care, though how good the care is will depend greatly on the country itself. For instance, you couldn’t expect the same level of care in a Third World country as you might in Europe.

The biggest advantage of universal health care is just that: it’s universal. There is a lot to be said for the knowledge that, if you get sick, you’ll get care, regardless of whether you have a pre-existing condition or not. A lot of emphasis is placed on preventive care in these systems, in making sure everyone gets their regular checkups and shots, in handling things before they become issues, because it’s less expensive in the long run. Countries with universal care tend to have healthier populations with longer life-spans. The government takes in the money, sets the standards, pays out the payments, makes sure everyone does their jobs. It’s called a single-payer system.

What are the cons? Mainly that everything is pretty much average. Countries with universal health care don’t spend nearly as much money on experimentation and innovation, and the level of bureaucracy involved is often time-consuming—getting the right authorization here, getting the right referral there. It’s much like HMO care on a grand scale, and for many people, that’s not grand at all. One thing to note, also: even in countries with universal health care there are still privately-funded hospitals and doctors, and quite often, when a serious event occurs, people will pay to go out of the universal network to get those services. Also, those countries have much higher taxation levels (to generate the revenue needed to pay for this universal health care), and higher costs of living.

The United States would need to go through a serious overhaul to ever be a truly universal health care system. Why? Because we love our profits, and there’s really nothing wrong with that in principle. Insurance companies are in the business to make a profit, although as we discussed in a previous article it isn’t nearly as hefty as you’d think. They’re not going to go out without a fight, and they give way to every government intervention stubbornly and screaming bloody murder. It would take some act of God to make them submit to complete government oversight, and given the number of insurance companies there are, each employing many people, it’d be impossible to get rid of them altogether in favor of a single-payer system, because then where would all those jobs go?

Capital is the engine that drives capitalism, after all. Money talks. It is the drive for profit which also drives innovation and invention. It is the reason that billions are spent yearly on health care research and developing new technologies, and why revolutionary new treatments and drugs are discovered. Because the companies that do that work know that people will pay for it.

Even people who have universal health care back home.

With your average, employer provided health insurance policy, you have a list of doctors that you may go to, or a specific clinic or hospital.

When you plan a vacation, there is an assumption that everything will go fairly well. Yes, the airlines might lose your luggage, and you might even have your wallet stolen along the way, but you probably don’t think a lot about your health when you are abroad

Consumers have many choices when it comes to selecting a health insurance company; it seems like there are new providers every week. Of the many options, Aetna, a reputable and … Continued

Medicaid is a program designed to provide health insurance to people who would otherwise be without coverage. The individuals who receive Medicaid must qualify for benefits, and each state mandates … Continued

AFLAC insurance has been bringing consumer’s peace of mind and additional protection for many years. AFLAC provides a variety of supplemental insurance products that can be used with or without … Continued