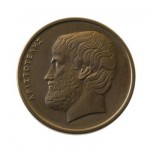 Wow, when was the last time you heard about the government doing something right–and sensible–for a change? Hold onto your hats, friends. It has happened. Well, almost.

Like every U.S. state, Connecticut has programs for low-income people who are HIV-positive to receive their medications. Thankfully, with the proper access to retro-viral drugs, being HIV-positive is no longer a death sentence. However, the drugs are expensive, on average $1,500 per month. For those who don’t have the money to pay for insurance or who are unable to get it due to their HIV status, there are programs like these, though many states have long waiting periods for getting into the programs. Much of Connecticut’s AIDS spending is paid for through federal money funneled through the Ryan White Foundation.

Here’s the kicker: Connecticut has recently enacted new legislation that will allow the state’s federal funding to be used not to buy the retro-viral drugs, but to, instead….(da da dum!)purchase state low-income subsidized health insurance. The cost? $700 per month, or less. And the people not only get their meds (which they pay a small co-pay for), they also get health insurance!

Wow! Who knew politicians could actually make a decision so very practical! The logic, to me, seems completely irrefutable: instead of paying $1,500 JUST for the medications, they can give people insurance for around half that cost, which the people do pay for at some level, and they get access to health care for other things besides their HIV!

I wish some other states would start paying attention to legislation like this. With all the hemming and hawing about social program spending, this is an actual good investment. People with HIV have a lot of associated health issues, caused by their immunological deficiencies and the side effects of the medicines that keep them from sliding into full-blown AIDS. By addressing more than just the HIV medication, this legislation is accomplishing a lot more good. For less money!

Another crazy, hard to believe thing about this stuff, is that the whole law came about from collaboration between Republican lawmakers and AIDS/HIV program administrators. The idea had been banded back and forth for a while, but the social services people were nervous about approaching the Governor or trying to put it through the House first, afraid it would get shot down. However, one courageous administrator decided to bit the bullet one day and went up to the Governor’s secretary of health and human services spending at a meeting…introduced himself…and presented the idea. What was the secretary’s response?

“Sure, I have no problem with that. Here’s my fax number.”

I get the HIV program administrator had to pick himself up off the floor after that.

So, less than a year later, the bill has passed through the House and is now up for review in the state Senate. Everyone, cross your fingers. Although there has been no major rumbling about the bill (because it has been vetted thoroughly to prove it not just a cost-neutral  change, but is actually a cost-reducing change), social services spending is always vulnerable in lean budget years, like this one. Ryan White spending is federal, but how it is used is discretionary.

Let’s all pray that the Connecticut Senate has as much sense as the House and lets it go through. I think it’s a step in the right direction, and is a little ray of hope in an otherwise dark and stormy world.

A Gallup poll has documented a startling fact, that one out of every four adult Americans on average are recipients of government health care assistance in some form, whether it … Continued

The Tennessee House of Representatives approved a bill on Monday, February 23, stating that Tennesseans can legally ignore the mandate of the federal Affordable Health Care Act (ACA). The ACA … Continued

A new Republican measure put forth in the U.S. House of Representatives could potentially save billions of taxpayer dollars, but it will most likely not see the light of day … Continued

A small group of protesters met to oppose a new bill which would further the concepts of Government run health care. Vermont is trying to pass legislation to approve single … Continued

The one-year anniversary of the signing of President Obama’s health reform package brought typical mixed reactions: celebration and praise from the supports of the reforms, and disparaging comments and pessimism … Continued