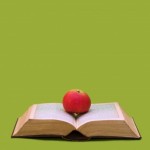 We covered this topic from a different perspective last week, regarding student health insurance. The new health reforms will have an impact on how your university students will be dealt with by insurance companies, and if you’re a student yourself, read on for more information.

As I said before, college kids need insurance. I remember when I was in school and a girl in my dorm came down with a really high fever and a raging headache, and was ultimately diagnosed with meningitis. Meningitis is an extremely contagious disease which seems to have a serious grudge against young people, because they’re the ones most likely to catch it in whatever form, and the ones most liable to die from it. It’s mostly due to the communal nature in which college students live, allowing the virus or bacteria to spread rapidly.

In that situation, after the one girl was diagnosed, there was an outbreak of the disease, and the whole campus got shut down. The hospitals went on lock-down, because meningitis can become epidemic if not controlled quickly. I went home and stayed there for a week, scared every time I felt a twinge or sneeze, paralyzed I might have gotten the bug myself. I got lucky: I was healthy, but three kids my age died, and a few others got permanent brain damage from the high fevers.

What does this have to do with student health insurance? A lot. Two of the kids that died and all but one of the kids who were permanently disabled didn’t get to a hospital fast enough, because they didn’t have health insurance, and were afraid to rack up a huge doctor bill if they weren’t really sick. I knew both of the students who died and three of the ones who were brain-damaged pretty well: smart kids, who like me came from families who just didn’t have the money for health insurance.

Due to the fast-acting nature of meningitis, the ones who died did so within 48 hours of contracting the illness. So, you can see why insurance is important. If they’d felt confident that they would be able to afford the bill, they would’ve gone and gotten help immediately. Fear of the financial impact of a doctor’s visit or hospital stay kept them from doing what was necessary, and several young people who had a lot to give to the world are now gone. For a very, very stupid reason.

Under the Patient Protection and Affordable Care Act, children can stay on their parents’ health plans until they turn 26 or can get their own insurance. Since the PPACA calls for universal health care for all Americans, it stands to reason their parents would have coverage, unless they were among the group which has the financial resources to buy insurance but choose not to, and pay a penalty for opting out of the system. In those cases, the Act provides for the students to insure themselves at low rates or for practically nothing, utilizing low-income health care systems like Medicaid.

So, in the next three years, student insurance will be a thing of the past, essentially. If you’re a worried parent, know that there are resources available. If you’re a student, relax and enjoy the learning experience, knowing you’re safe. Insurance isn’t God, it’s not a perfect thing, but I think that this particular part of the PPACA is a good thing, at least in theory. Let’s hope it works out that way in practice!

Studying abroad gives a lot of opportunities to students, especially college students. But with these opportunities comes greater risk. Why? Because if you are studying in a foreign land, you … Continued

There are many different reasons for a suitable global health insurance price. The prices of this kind of insurance are as numerous as there are reasons for wanting international insurance.

When I went off to university all starry-eyed with prospects and dreams for the future, insurance was honestly the last thing on my mind. Well, perhaps not the last thing.  … Continued