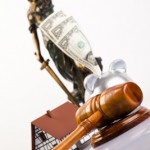 Well, to me, this is a no-brainer kind of response. Of course!

The reason the question is even valid is because it is currently practically impossible to sue a health insurance company if you have your coverage through your employer. The legislation preventing these kinds of suits and damages is called ERISA, and it was never even intended to have anything to do with regulating health insurance benefits. But more on that in a moment.

Did you ever see that movie with Denzel Washington, John Q? It’s a heart-wrencher, to put it lightly. Denzel’s character is named John Quincy, playing on the whole “John Q. Public” name frequently used by politicians to embody the public presence. His little boy has an incurable congenital heart defect and ends up needing a transplant…for which the insurance company denies to pay. They say the boy will probably die anyway and thus the surgery is an unnecessary risk with an uncertain outcome. Translation: he’s going to die anyway, so it’s best not to spend our money trying to keep him alive.

While he is watching his son die, after having sold practically everything they own and begged for charity, John snaps, just as I imagine I might in that situation. However, instead of dissolving into a puddle of teary goo like I would, John grabs himself a gun and takes the hospital hostage. He eventually manages to get his hands on the transplant surgeon and forces the doctor at gunpoint to agree to do a transplant—using John’s heart for his son’s needs. They’re a match, after all. John figures if his son dies there’s not much use living, so why not give him the ultimate gift? It’s a scenario any parent with an ounce of love for their child would do in a heartbeat, no pun intended.

Although it ends up working out (the insurance company caves, another donor heart is found, John goes to jail but becomes a national hero), it illustrates all the impotent rage that people whose claims are denied feel. We all sit and watch those kinds of movies and feel a raw sense of vindication at John’s victory over the system that is not in place to care for us, but to make money off of us.

Back to ERISA, which stands for the Employee Retirement Security Act. This was ratified by Congress back in 1974 to protect companies which offer pension plans as benefits from being overly burdened with frivolous lawsuits, in a nutshell. Basically an employee with a beef about their pension plan has some recourse, but only with their employer, since the insurer only administrates the plan as directed by the employer.

Somehow in the past couple of decades ERISA became associated with health insurance as well, despite the fact that the wording of the bill is completely different. Health insurers began using ERISA in the 1990s to diminish their responsibility for complaints filed about denied claims. They successfully fought against petitioners with the justification that “hey, it’s not us—blame them!” Even though it’s the insurers who make claim approval or denial decisions, not the employer.

Federal and state judges have complained verbally and in writing about this legislation, stating that it hamstrings them from awarding justified damages to people who have legitimate claims. Insurers like Aetna have even gone so far as to eliminate their claims investigation teams, which were used before to shore up claims as valid. Now they have given claim managers with little or no medical training the ability to deny a claim simply based on cost, and there is little administrative review of these decisions. People all over the country have died due to this kind of “care.” When people sue in state courts the claims are usually vacated to a federal court, where the judge has to wring their hands and side with the insurer, all because of ERISA.

Now Obama has dropped the ball on this little gem. ERISA has gone uncontested for years because of the insurance companies’ combined financial clout. They successfully campaigned against a Patient’s Bill of Rights in the mid-2000s by trumpeting the tired old “frivolous lawsuits” justification: that if ERISA is overturned and patients can sue, their lawsuits will cause prices to skyrocket. And Obama has not done anything about it; he has no language in the PPACA about lawsuits. He says it’s sufficient to remove the impediments such as pre-existing conditions, denial of coverage for various reasons, etc. While he is partially true, none of this addresses the basic issue that insurers can and will hide behind ERISA until they can’t anymore.

Well, I gotta tell you, friends, costs have skyrocketed without the Patient’s Bill of Rights and without any frivolous lawsuits, right? Also, the one state where patients DO have the right to sue, Texas, has only seen a tiny handful of complaints actually filed since that state legislation was passed. Why? Because the insurers dropped their contemptible procedures and started servicing claims properly.

I only hope that this administration will grow a pair and do something about this. Or else we’re likely to see a few real-life John and Jane Q’s of our own, and it won’t be pretty.

I’ve written here before about how important having health insurance is. If you need a refresher, think about this: You and your family of five children (you like big families) … Continued

Medical malpractice insurance, professional liability– these two concepts were not around when baby boomers were putting on suits and reporting to work. In recent years however, the medical profession has … Continued

A small group of protesters met to oppose a new bill which would further the concepts of Government run health care. Vermont is trying to pass legislation to approve single … Continued

I’m not an insurance agent, I’m not a politician, I’m not a doctor or anything even close. I’m a mid-thirties married mom of four who, more frequently than not, has … Continued