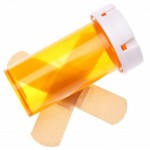 Studies published by several reputable sources, including the University of Wisconsin-Madison, have proved that even people who have insurance and supposedly have the income to support paying for medical care are skimping on care. Those whose premium prices eat up 10% or more of their monthly income (and that’s not rare at all) or who have one or more children with a serious, chronic health condition such as autism or cancer just can’t afford all the co-pays and deductibles.

So what do they do? The go without care. They self-medicate, diagnose themselves over the internet, use home remedies, stop using prescription medications or attending preventive checkups. When they do get sick, too sick to shrug off, or get hurt badly, they go to the emergency room. Emergency room visits are going through the roof, too. This isn’t just about health insurance, though: there aren’t as many primary care doctors. But that’s another story.

So it isn’t logical to think that just by making everyone have insurance you can fix everything that’s wrong with the health care system in this country. Sometimes something is prohibitively expensive to actually use—kind of like nuclear weapons. Most nations have them, but they’re scared to use them, because of the “cost,” although in that case it isn’t economic costs. Having insurance is the first step on the long staircase toward true reform.

What is the answer to the dilemma? Well, socialized systems have a good approach. In order to make health care more universally inexpensive and effective they emphasize prevention. Regular checkups, wellness programs, early intervention and downplaying of expensive technology accomplish this. By attacking the problem at the root, making people healthier in the first place, it lowers costs exponentially. Then, they manage costs better: generic medications, single-payer plans, mandatory corporate contributions and taxes toward medical care, and government or other authorities overseeing things to ensure waste and price-gouging is kept to a minimum.

Although I’m not a socialist, the program is very attractive. I have dealt with too many insurers and read too many horror stories to have much in the way of compassion for the poor, suffering insurance companies. They do seem to be seeing the light, though, with many of the big names turning more toward preventive care and cost-streamlining procedures.

Still, the American system needs more than a universal-care band-aid to make things right. At least the reform law is a step or two in the right direction. Let’s see how far down the path to a fix those steps take us.

Health insurance will end up coming in handy for most people at some time in their lives, though there are still many people out there who are uninsured for one … Continued

So you tried to wash your hands frequently, and you eat healthy and exercise, and you even get 8 hours of sleep every night. And somehow you still got sick. … Continued

What exactly is “universal health care?” With the new health reforms taking place and being debated and protested all across the country, it’s hard for the ordinary person to make … Continued

I love to travel. I dream about all the places I want to visit, even bookmarking the places I can’t wait to see in my favorite book, 501 Must Visit … Continued

It seems like you hear two sides to every story. But with health insurance there can be more than two sides, which makes it even more confusing. There is more … Continued