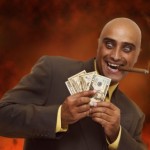 Anthem Blue Cross, one of the largest insurers in California, has recently rolled out the largest round of premium hikes in state history. On average, its PPO customers who have private insurance (not through their employers) are now having to pay 14-18% more for their health insurance premiums, plus hikes in deductibles and reductions in coverage.

The California Insurance Commission did something it’s never done: it censured the company, calling the rate hikes “unreasonable.” Unfortunately, the Commission has no authority to stop or influence the rate changes; they just cry foul and wait to see if Anthem will bend to the immense public pressure. I don’t think they’ll be successful in changing anything. Anthem is happy with its increases, touting an independent actuarial review which declared the hikes as “reasonable,” and their policyholders have nothing else they can really do except transfer to another insurer—and many can’t, due to pre-existing conditions or other reasons.

Anthem justified the hikes as being linked to rising costs. But that story just doesn’t sit well with me, since they posted a billion dollars in profit last year. Why does it bother me so much? Because Anthem Blue Cross is a non-profit insurer. I don’t get that at all. How does a non-profit venture pocket a billion dollars in profit? And if the company managed to generate such a profit, where are these rising costs hitting? Obviously they aren’t hitting the executives…they’re hitting the little guy. But since insurers don’t really have to justify their costs to anyone, they can do whatever they want.

The state is trying to push through legislation which would bring these kinds of increases under government authority. The same bill has been re-written and re-submitted four separate times, and has been defeated each time due to frantic high-dollar lobbying on the part of the insurance industry. I think that just stinks, and I don’t understand it.

I am a capitalist: I believe that a free market economy is the best one, because it encourages growth and competition. Companies push themselves to develop better products and services and deliver them at better prices in order to bring in more customers. This generally works, but it seems like in the area of health insurance it just doesn’t. It seems to me that it’s inherently wrong for someone to make an unregulated profit in this area. I think medical costs should be managed, by someone if not the government, to ensure fairness.

Who should determine what’s fair? I’m at a loss, really, except to say that drug companies, medical suppliers, doctors, and the rest need to truly evaluate their costs as to what is real and what is a reasonable profit. It isn’t fair to develop and patent a drug for a specific illness and then price it so exorbitantly that it’s practically unattainable—but the sufferers have to pay it, because they have no other options. It isn’t fair for an insurance company to arbitrarily raise the premium prices on hundreds of thousands of people without justifying why. It isn’t fair that there’s no accountability and no recourse.

It’s not an easy thing to fix, and it’ll be a long time coming…if it ever comes at all.

I’m not an insurance agent, I’m not a politician, I’m not a doctor or anything even close. I’m a mid-thirties married mom of four who, more frequently than not, has … Continued

As if pre-existing conditions causing insurers to reject applicants for coverage weren’t enough, the companies have another ace up their sleeve. It’s called rescission, and it’s the evil cousin of … Continued