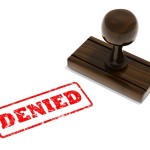 Some companies don’t necessarily discount someone with pre-existing conditions. What they do is wait until a policyholder files a claim and runs up and expensive bill. Then, they kick into rescission mode, trying to do everything they can to deny the claim. Rescission is when the insurer goes back into the policyholder’s records, looking for something with which to base a denial of coverage on. It could be something completely innocuous and totally unrelated to the issue at hand. As long as the insurer can show that there is some kind of discrepancy, no matter how small, in what a person wrote down on their application, they can deny them coverage.

For example (true story), a dairy farmer in California’s wife needed an emergency gallbladder surgery. When the claim was filed with the insurance company, the insurer went back over the couple’s applications and couldn’t find anything on the husband’s paperwork which could be used as grounds for denial. When they looked at the wife’s records, however, they discovered that she had neglected to put on her own application that her husband had high cholesterol. HE had put that on his own application…but because SHE didn’t put it on hers, they denied the claim.

Another true rescission story: a woman in Los Angeles was diagnoses with lupus, a thyroid disorder, and eventually pancreatic cancer. However, her insurance company went through the rescission process and canceled her policy. Why? Because she hadn’t mentioned in her questionnaire that she had occasional back problems. Something completely unrelated resulted in her policy being cancelled and her accumulating medical bills in the hundreds of thousands of dollars.

Insurers say rescission is necessary to prevent insurance fraud. While there is, of course, a time and place for this kind of scrutiny it shouldn’t be used as a pre-emptive measure to denying claims and canceling policies. Insurance companies have admitted to offering bonuses to their employees who have discovered reasons to cancel policies during rescission. It’s not about fraud: it’s about money. Period. The companies don’t refund premiums or money spent by the policyholder. They ruin their finances and can cause untold hardships. One highly-publicized case was when a Florida woman had to stop receiving treatment for her cancer because her coverage was canceled because the insurer “discovered” something completely unrelated to her breast cancer. She subsequently died because of this, and her husband brought a multi-million dollar lawsuit against the company—and won.

Rescission will be largely eliminated when the pre-existing condition is eliminated in the health insurance reforms. It is also more prosecutable than simple coverage denial for pre-existing conditions. Attempting to relate unrelated issues and intimate fraud in cases like these is extremely difficult to defend. Attorneys are actually eager to take on these kinds of cases for that reason. Currently there are hundreds of class-action lawsuits against major insurers for their rescission policies.

Another great reason to just love the current health insurance system in America.

Well, to me, this is a no-brainer kind of response. Of course! The reason the question is even valid is because it is currently practically impossible to sue a health … Continued

One of the fancier terms that health insurance companies use to justify denial of coverage is “pre-existing conditions.” If someone has a medical condition prior to signing up for insurance … Continued

As the individual states are working to comply with the provisions of the 2010 Patient Protection and Affordable Care Act, insurance regulations regarding pre-existing conditions will be among the first … Continued

California health insurance giant Health Net announced on Monday, March 14, that it can’t find several computer server hard drives that were supposed to be located in its data center … Continued

Well, my friends, sorry to burst this bubble for you, but, no. Many people labor under this common misconception, most likely because that’s the way it often works with auto … Continued